West Yorkshire Judo’s own Roy Francis was nominated for the “Outstanding Contribution to Sport Award” at this highly prestigious awards ceremony which was held on Thursday 28th February 2019 at the First Direct arena in Leeds and was covered by local news channel BBC Look North. There were over 850 attendees present. It was great to see Roy receive this fantastic award which goes a small way to recognise the herculean effort put in by this immensely modest man who epitomises the ethos of Judo.
Roy is currently 5th Dan and has been involved in judo since the 1950’s running Aireborough Judo Club 2 nights a week and you will see him still volunteering at just about every dan grading or competition in the area.
Roy was accompanied to the event with his wonderful family and members of the West Yorkshire Judo Committee.
It make me incredibly proud to see volunteers like Roy receive the recognition they deserve for the tireless work they put in year after year.
Gordon Lambert
(Chairman West Yorkshire Judo)
ROY FRANCIS WITH HIS AWARD
Pictured from left to right Parry Asquith, Eddie Blisset, Mick Bowmer neil Fletcher, ROY FRANCIS & Gordon Lambert 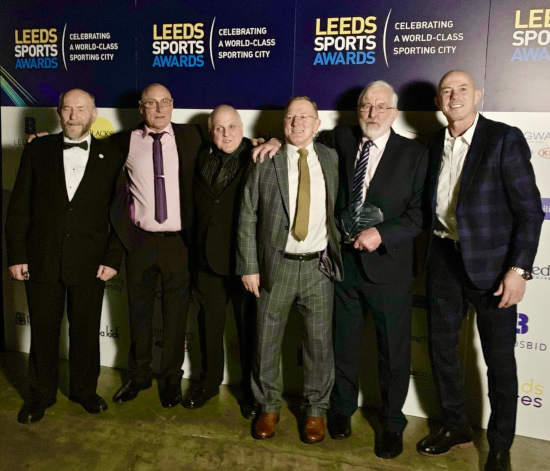 Well done to all Yorkshire & Humberside players that took part in the Mmidland area age bands this weekend (26th/27th January 2019). 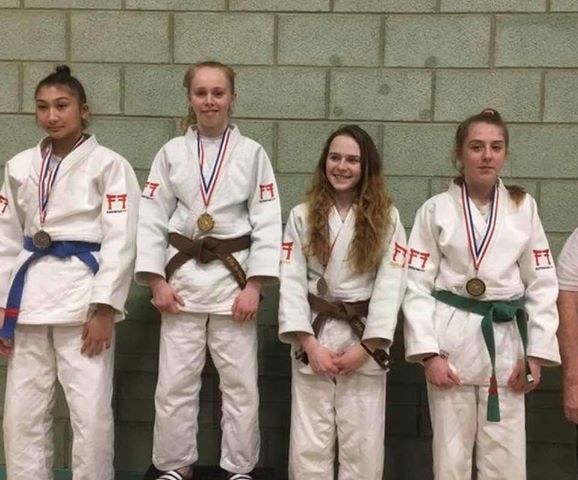 If you know of any further details of players from the area who took part in the event, please pass them on so we can add them here.

Ken Cooper is celebrating his 80th birthday on the 26 th January 2019.

He was a coach and referee within the Area for many years until health problems limited his activities.

Ken has been responsible for the development and running of Knottingly Judo Club producing recreational and competitive players to a very high standard. The club always made visitors welcome.

He worked with the West Yorkshire committee and organised Area competitions at Knottingley to a very high standard.

He is a very approachable person and where possible gave assistance on and off the mat. Ken contributed for many years to the development and growth of the Area and is
always the epitome of Jigoro Kano’s philosophies

His son David has arranged a party for him at the club (the old Conservative Club) at 7 pm, for whoever may be interested to go along.